Gettysburg's 150th: "Every name a lightning stroke to some heart"

On my first trip to Gettysburg several years ago I was struck by the incredible number of monuments: tributes to men who fought to save the Union during the south's first (and only) invasion of a northern state.

Gettysburg now lives in our memories as a field of death: a place where 11,000 men lost their lives and another 40,000 were wounded, captured or missing. Spend time poking around this small Pennsylvania town today and you'll see: 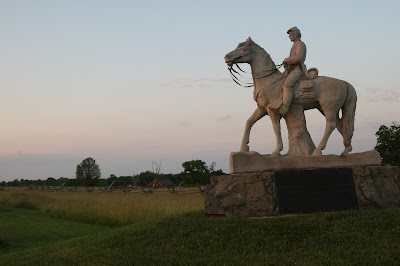 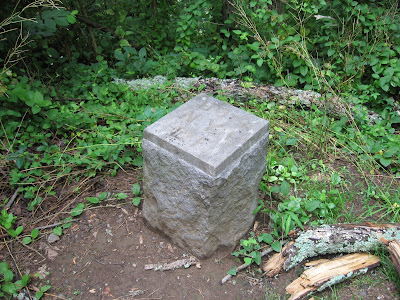 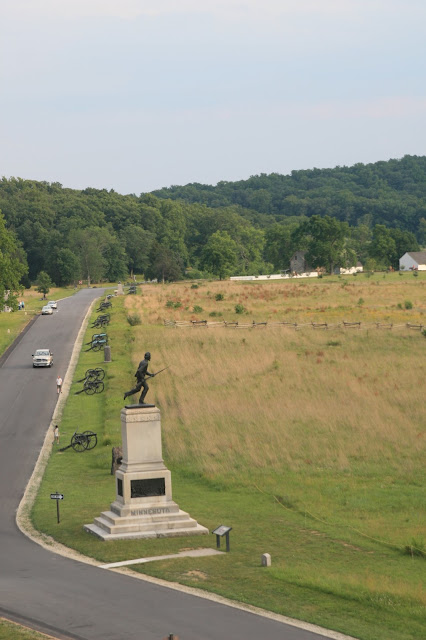 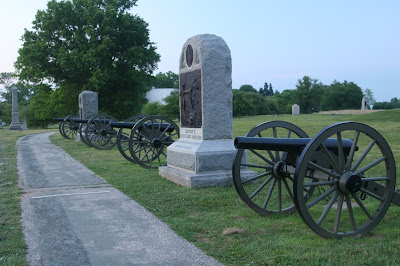 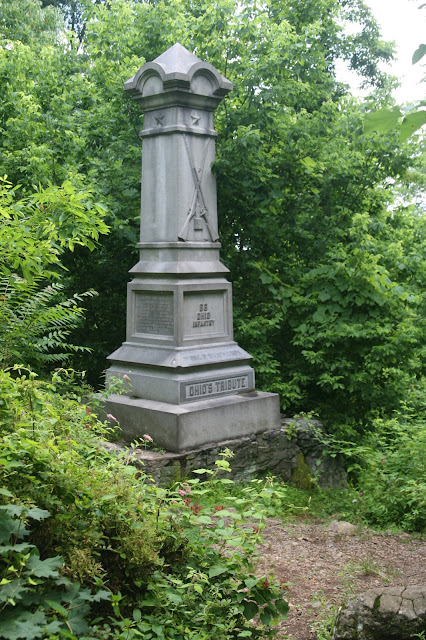 The military units and men of all titles who fought on what is today considered hallowed ground around this little Pennsylvania town are memorialized in numerous ways. It is touching and sobering to drive and walk around Gettysburg, trying to gain a grasp on what this place must have suffered during that horrible battle 150 years ago today.

I had long admired the towering State of Pennsylvania monument: the largest stone tribute on Gettysburg's battlefield. It was an honor to be able to see it up close and climb to the top. 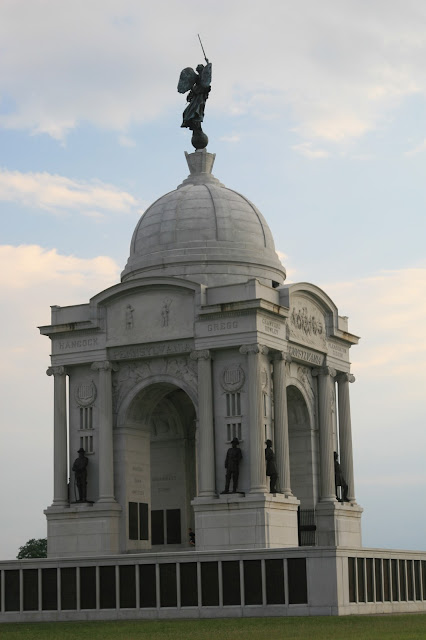 It was at the end of a long day of driving around the battlefield and reading many stone inscriptions, that I found on this large monument a tribute that touched me in a special way. Under the archway, just to this left of the statue of General Andrew Curtin (below)... 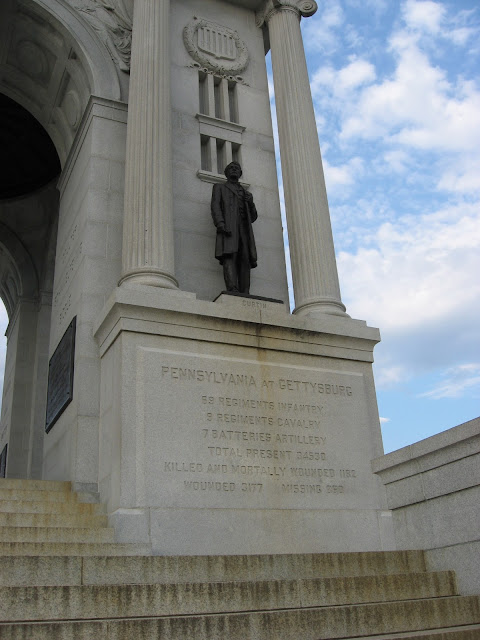 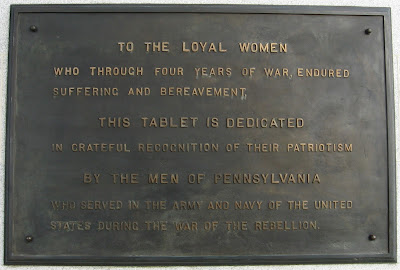 TO THE LOYAL WOMEN
WHO THROUGH FOUR YEARS OF WAR, ENDURED
SUFFERING AND BEREAVEMENT

THIS TABLET IS DEDICATED
IN GRATEFUL RECOGNITION OF THEIR PATRIOTISM

BY THE MEN OF PENNSYLVANIA
WHO SERVED IN THE ARMY AND NAVY OF THE UNITED
STATES DURING THE WAR OF THE REBELLION.


As a wife, mother, sister and daughter myself, I can only imagine the suffering that the women in my own family must have undergone as the watched their sons (and brothers) go off into service in those early days of April 1861, and waited anxiously for their return. (In the case of my great-great-grandfather, that return would come almost four years later). It was gratifying to see this meaningful though humble tribute to the women in my family and to countless other women who stayed behind as they watched the men in their family go off to serve their country.

As the Gettysburg Compiler newspaper wrote so eloquently about those killed and wounded during this horrific battle:


“Every name… is a lightning stroke to some heart, and breaks like thunder over some home, and falls a long, black shadow upon some hearthstone.” - July 7, 1863

For the men who died 150 years ago on Gettysburg's fields, and for the women who felt "a lightning strike to their hearts" and the falling of "a long, black shadow upon their hearthstones", let us always remember July 1 through July 3, 1863, and the war for which they gave so much. 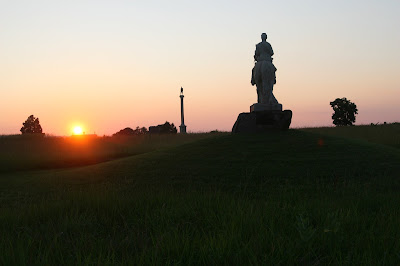 Thank you for sharing these photos. My 3rd-great-grandfather Robbins fought at (and survived) Gettysburg. He was with Company I of the "Pennsylvania Bucktails," a sharpshooting regiment (1st PA Rifles).

"The Bucktails arrived on the second day of the battle and were stationed behind the stone wall at Little Round Top. There by a deadly fire, they repulsed Hood's drive up the hill and chased their attackers down through the corpse-strewn death valley and to the Devil's Den. In the fighting among the rocks, he was struck by a spent bullet which pierced his diary and a tintype and lodged against one rib (oh, if the family only had that diary today, what tales it could tell us!). Unharmed, Charles crouched down behind a pile of rubbish and there a shell must have exploded, for he woke up in a hospital five miles away with his left leg broken above the ankle."

On my mother's side, her great-great-grandfather Strong had an older half-brother, George Washington Strong, who was with Company G of the 137th New York Infantry. He died July 8th, 1863 of wounds received during the battle.

Thanks so much for your comment, Miriam. What a tease to learn that your ancestor had a diary in his possession while on the battlefield at Gettysburg and that you can't get your hands on it! It sounds like it might have saved his life that day, so I guess it is wouldn't be in very good condition. What a story, though!