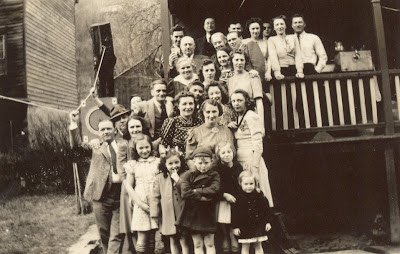 William Cowhey (1834-1892) was the proud father of at least fifteen children - born to his first wife (whose name I have yet to confirm) and to his second wife Margaret (Foley) Cowhey (1855-1913). Can you just imagine the family gatherings? What a bunch of cousins.

If you recognize anyone in the photo, please let me know and I'll post their names along with the picture. I'd like to be able to identify everybody and indicate who's who.
Written by Lisa / Smallest Leaf